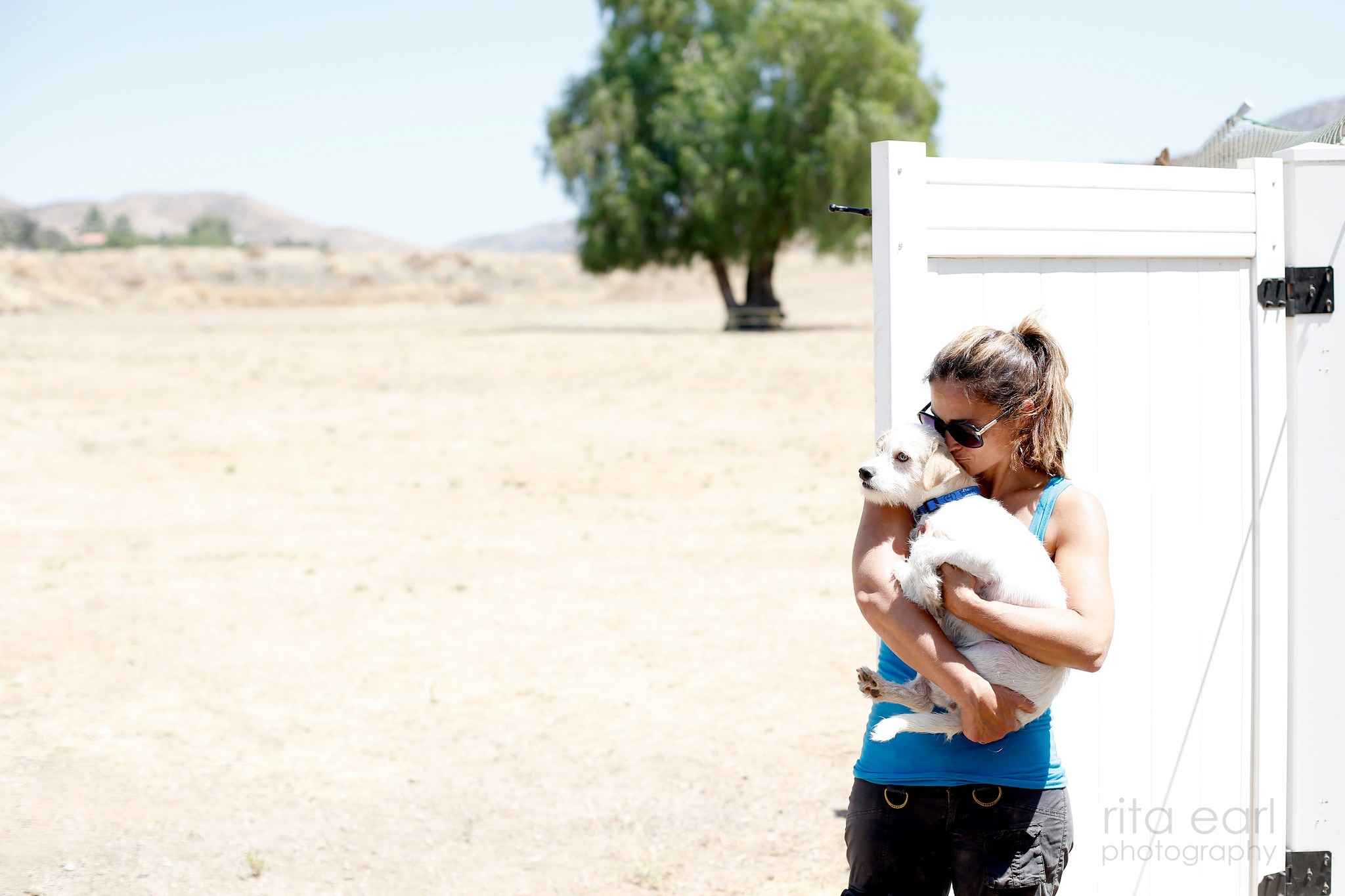 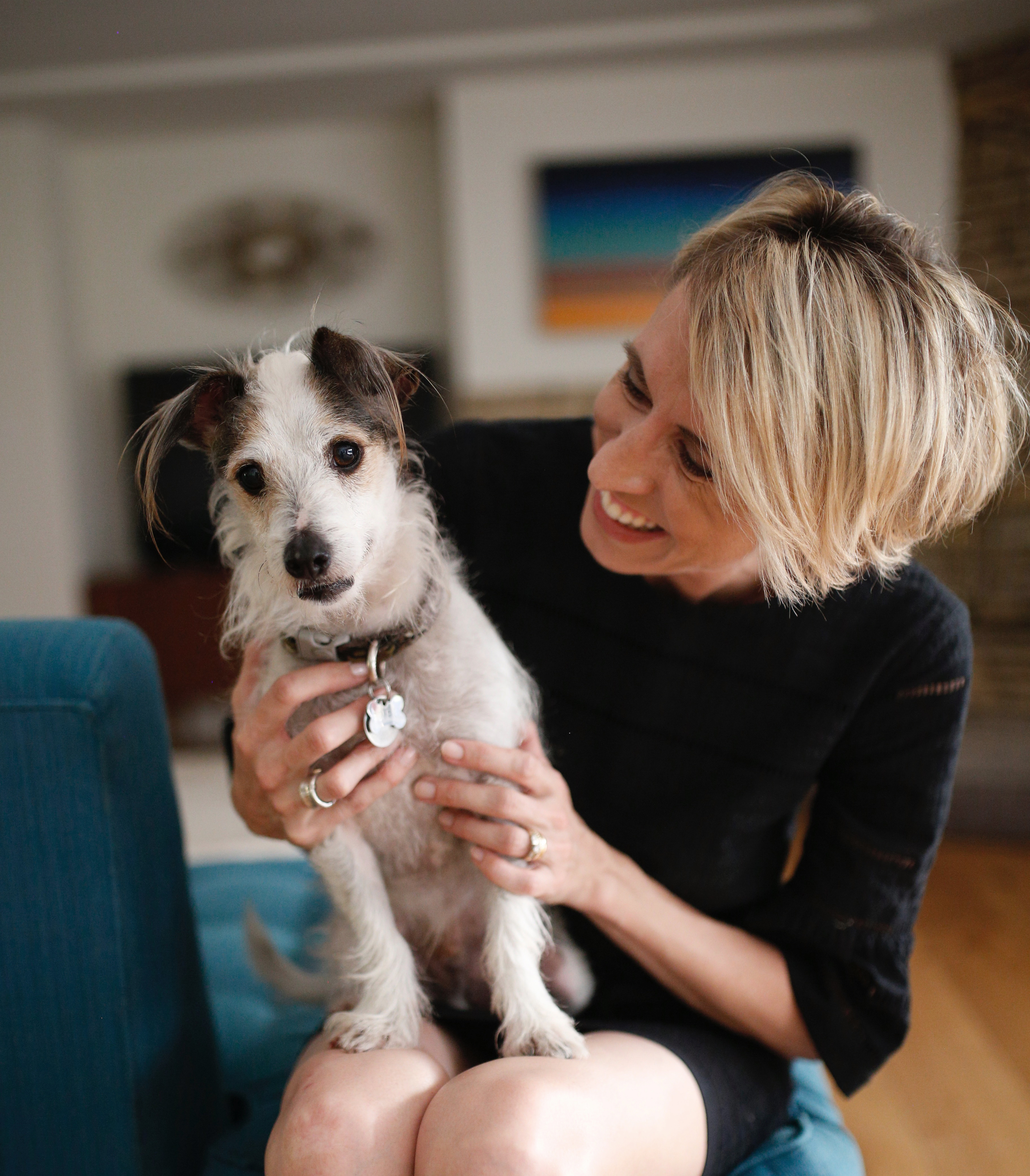 East coast native. West coast dog mom. Big fan of vintage Chesterfields and the scent of dusty old books. Two decades’ worth of experience in the design, art, and sales universe with a concurrent career in writing fiction and editorials. Strong believer in the power of art, the beauty of imperfections, lattes all day, and dog hair on everything.

In April of this year, between seven animal shelters and human societies in a city with a population of over five million people, there were just four dogs under 35 pounds available to adopt.

In fact, Vancouver, British Columbia typically has a six-month waiting list for eager adopters and those who aren’t willing to wait half a year or take a cursory look in a local shelter, finding virtually no available dogs to adopt, generally end up purchasing from breeders because they’ve no other immediate recourse. Susan Patterson, the non-profit Vancouver-based rescue group Thank Dog I Am Out founder, discovered this phenomena firsthand when she went looking to adopt a dog locally in 2009, and the experience galvanized her life’s mission, now a decade strong. “I finally found my very first rescue dog, Homework, in Portland, Oregon. After meeting the lady who rescued him, she explained to me what a kill shelter was. I had never in my life ever heard the term. And that’s how it started.” 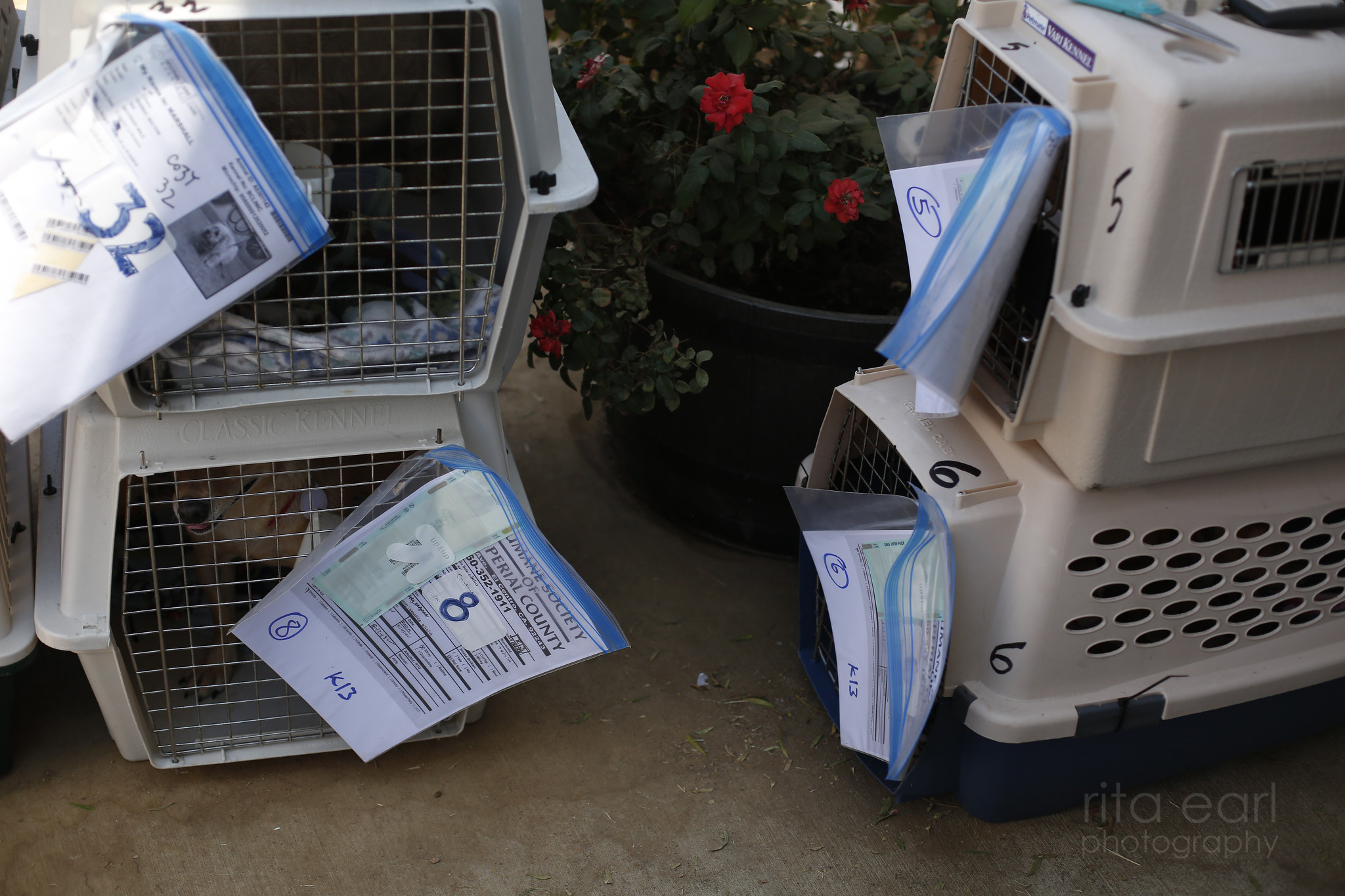 On August 23rd, a group of volunteers met in the golden, rolling hills of Aqua Dulce, California, at Sunny Day Acres training and boarding facility, to crate 35 dogs from various Los Angeles shelters and humane societies onto an air-conditioned van making the first leg of a journey to Vancouver, British Columbia. And what awaits the end of this epic road trip infused with love, compassion, and pragmatic trazadone-dosing?

The very best lives these babes may have ever had a chance to experience, because Thank Dog I Am Out has fully vetted, screened, and approved adopters waiting with literal open arms and proverbial enormous hearts, beyond excited to bring a new furry family member into their Vancouver homes. 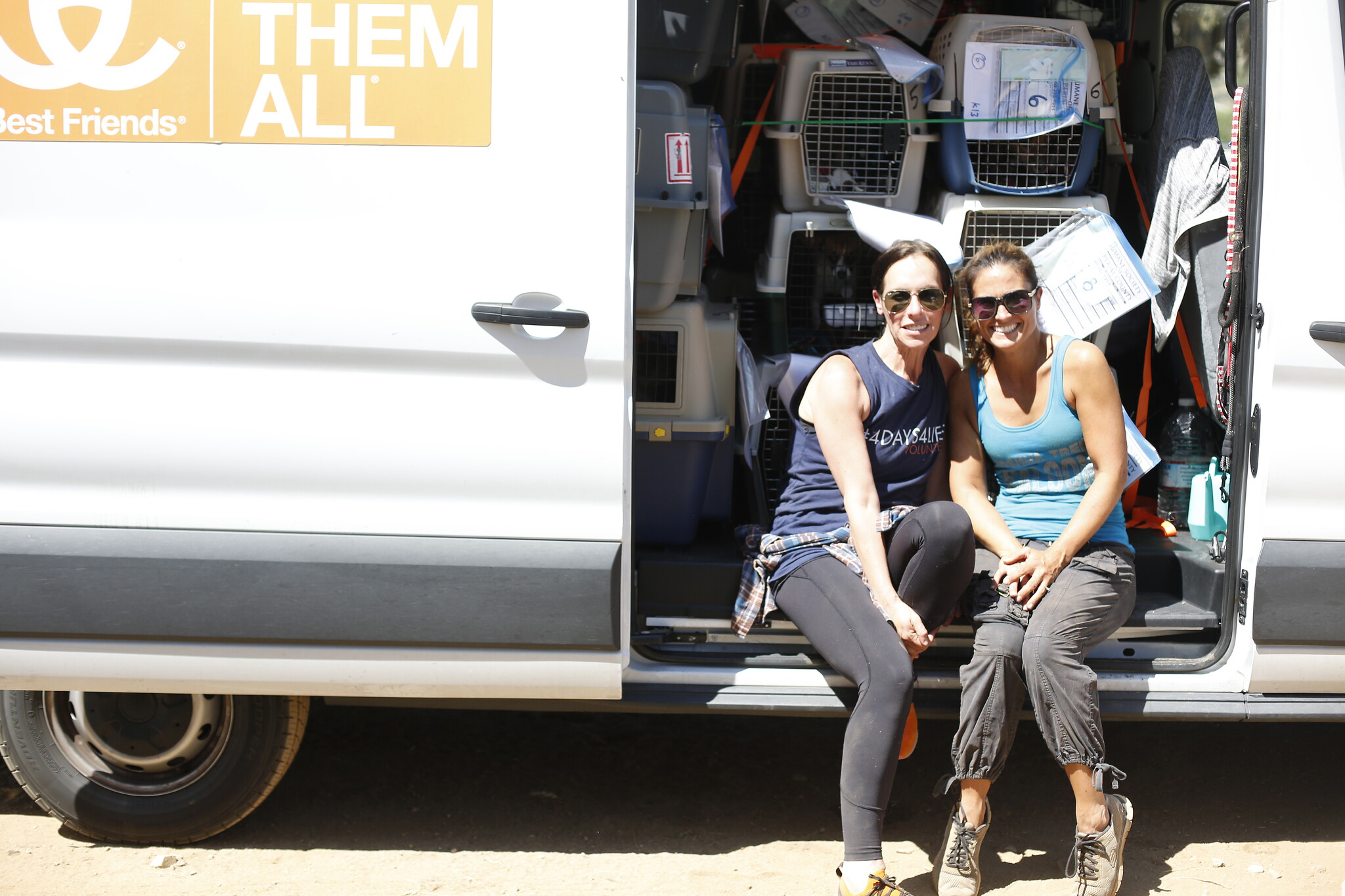 Over the course of a week and a half, these super fortunate wee ones were spayed/neutered, brought up to date on shots, tested for heartworm, assessed and examined by Oaks Veterinarian Urgent Care, bathed, groomed, loved on, and allowed into play groups with their “like-minded doggie buddies,” says Patterson.

On the auspicious day of their departure from Southern California, volunteers Laura Scott, Bloom and Gray, along with Best Friends Animal Society Pacific Transport’s drivers Alyss Tsukayama and David Yocom and Best Friends Animal Society’s Transport Coordinator Peggy Kennedy snuggled, smooched, and walked each of these 35 lucky dogs (four others are coming from Mexico and a fifth is staying behind in Los Angeles to recover from pneumonia for the time being) before boarding them onto the van, attaching their numbered paperwork to their crate, collars with corresponding numbers around each of their furry necks. Los Angeles’ incredible photographer Rita Earl Blackwell was there to document every moment, including the departure of the van from Santa Clarita, as it began its 19-hour drive towards Blaine, Washington.

As TDIAO’s Patterson explains, once the dogs arrive in Washington, they’re “then transferred to our Mercedes Sprinter (donated by the Dilawri Auto Group /Boundary). The dogs travel a few more hours to our dog trainers’ amazing country facility in Squamish, B.C. for 30 days. Here the dogs will decompress , socialize, receive additional medical and behavioural support, swim, and get prepared for our BIG adoption event on Saturday, September 21, to be held at Landmark Aviation, YVR, South Terminal.” 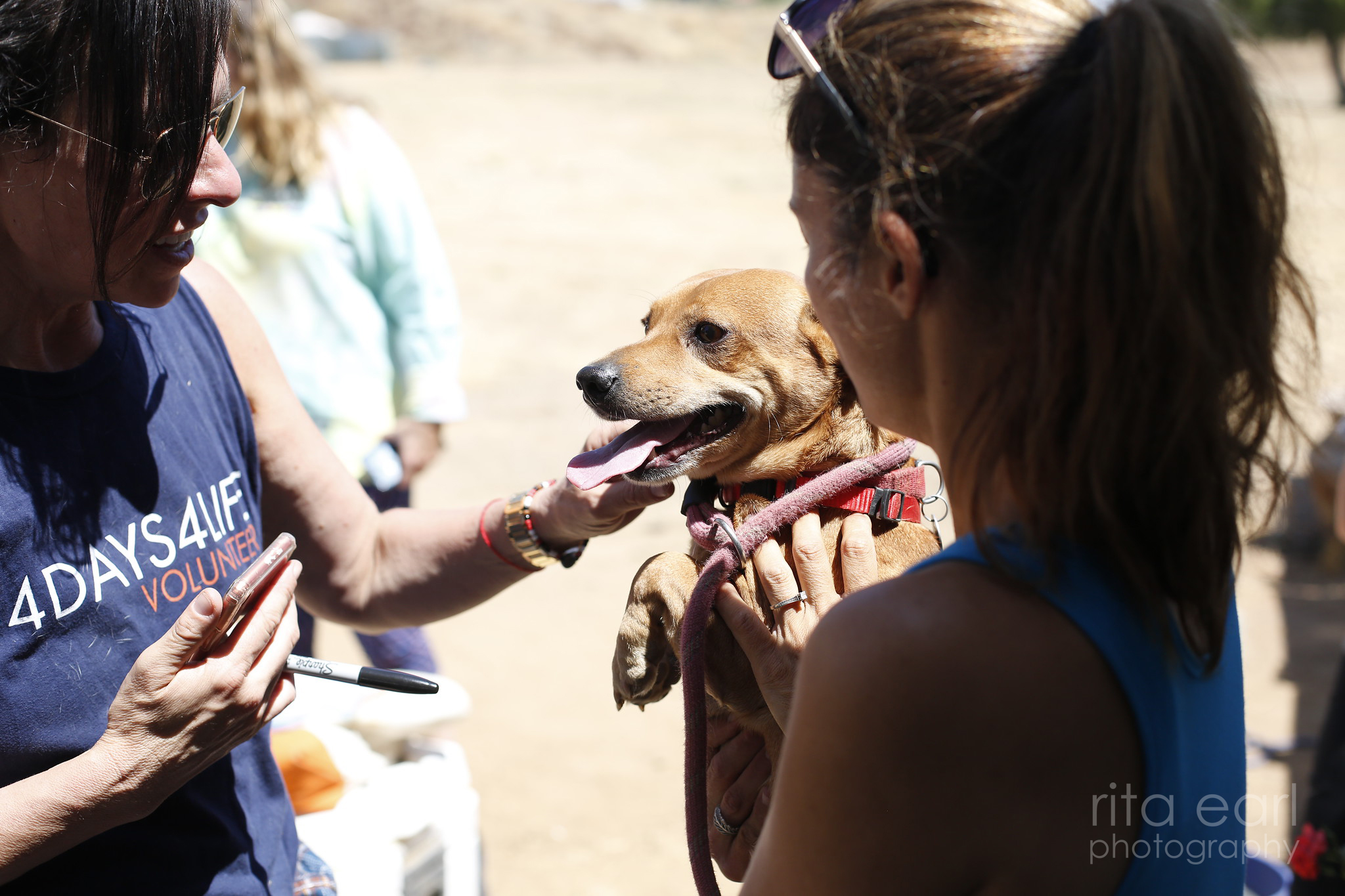 As a fellow Canadian native and animal rescue advocate, Debbie Bloom, who’s also on the board of A Purposeful Rescue, has been working with Susan for two years now, with this particular rescue mission of #save40dogs being the most ambitious rescue to date. “I had originally seen a story on CNN about TDIAO years ago and was so impressed,” says Bloom. “I think it was when she did the huge transport of 150 dogs. Buzzfeed named TDIAO one of the top 20 reasons to be proud to be Canadian after that. It really left an impression on me.” Meeting briefly among the melee of the Hallmark Channel’s American Rescue Dog Show (where Bloom’s A Purposeful Rescue dog, Jackie, was the victor), the two women hit it off immediately. About Patterson, Bloom says, “She has a great instinct when it comes to the dogs - she just knows when she sees them. We just work really well together. No drama. No bullshit. We just have fun working together.”

The following year, renowned dog trainer Jennifer Gray was one of the judges for the American Rescue Dog Show, so naturally her path crossed with Bloom’s. Flash forward to early summer of 2019, when TDIAO and Bloom were discussing how and where to house the 40 dogs for this rescue mission, and Gray enthusiastically jumped right in to help, offering up her 18-acre ranch boarding facility where the dogs could chill, romp, get healthy, strong, joyful, and, where needed, glean a bit of behavioral and leash training.

Of the dogs’ ultimate destination, Bloom gets down to the nitty gritty specifics: “Vancouver is one of the greatest cities in the world, but because the core of Vancouver is on a peninsula, it’s surrounded by water on three sides, and the only way they have been able to expand is by building up,” she explains. Hence the size and weight restrictions on pets, as it’s predominantly an urban community of apartments and condominiums, albeit simultaneously any dog’s fantasy outdoor utopia replete with endless dog-friendly hiking trails, parks, and beaches. Clearly, while TDIAO doesn’t in any way discriminate on the dog’s age, size, breed, or health status, they tend to save dogs under 35-lbs, because as Bloom laments, “while we would love to save 400 large dogs - most of the adopters wouldn’t be allowed to have them in their buildings.”

That said, future #save40dogs missions are undoubtedly on the books for Thank Dog I Am Out and its intrepid, impassioned Southern California volunteer stronghold. “It’s amazing how the save40 details just fell into place,” says Bloom. “The whole thing was like a symphony. Everyone worked together and played their part and it was perfection.”